Technology Is Harming Your Health. Here’s How

Tech is a major part of life for the average person. Facebook’s typical user, for example, spends around forty minutes browsing the platform on a daily basis. On top of that, most people use their phones for over ninety minutes including checking out social media. Then, there are the four and a half hours of TV time each day. You might think that it’s hard to get through the day without technology, and these figures show why.

The problem isn’t only time-related. As well as taking away precious hours to do other things, the various gadgets can impact a person’s mental and physical health. As a result, conditions such as obesity, heart attacks, and diabetes are on the rise. Sure, using a mobile device isn’t the only reason for this increase, but it has a role to play. Anything which affects us on a variety of levels is bound to be harmful.

Although tech makes people’s’ lives easier, it comes at a cost that lots of people aren’t willing to pay. In this post, you’ll find out more about how technology might be harming your health and what you can do to fight back. Scroll down to start.

What’s the first thing you do in the morning? For most people, the answer is to reach for their phone and open up an app. It might be the news or it might be social media, but the usage time begins as early as 6 or 7 am. And, it continues throughout the day to the point where you feel as if you’re joined at the hip. If a friend showed the same symptoms with alcohol, you’d tell them to get help because they have an addiction.

The sad news is that lots of people use their cells compulsively and can’t break the habit. No matter what they do, only twenty minutes of phone time is productive according to recent studies. So, a whopping one hour and ten minutes is an indulgence and this takes away from other areas of your life. For example, it’s tempting to stay at home and binge watch a TV series than it is to hit the gym. Do this three to four times a week and your wellbeing will suffer.

To tell whether you have an addiction, you should analyze if it’s impacting important aspects of your life. When technology gets in the way of health, friendships and work, it’s time to seek help and wean your body off the stimulant.

The side-effects of a sedentary life don’t stop at weight gain. While this is the most important feature for the majority of people, it’s only the beginning. Staring at a screen for hours a day has a multitude of effects that isn’t limited to bad eyesight. Yes, hazy vision and migraines and headaches could occur, but there is more to worry about.

People who sit in front of a TV or computer tend to suffer from pain, especially in the neck and lower back. Carpal tunnel syndrome is also a realistic possibility from tapping on a keyboard all day. Plus, using mobile devices encourages people to go to sleep later and it disrupts their quality of rest. Reaching for your phone rather than falling to sleep is easy, and when you are under the radiation will wake you up during the night. Without enough sleep, you’ll suffer from fatigue, stress and high blood pressure.

And, let’s not forget the other senses. Using tech suggests listening to music or audio at loud levels. Eardrums can perforate permanently resulting in hearing loss due to a constant stream of noise. Whether it’s bingeing TV or playing video games, all of the above are on the cards if you don’t regulate your lifestyle.

With a single click of a button, you can speak to strangers from around the world. For some, this is enough to retreat into their shell and shun face-to-face interaction. To them, it feels as if there is no need because they have everything they need in an app or on a website. You might think you don’t fall into this category yet there’s a good chance you do. Think back to dating and Tinder, Bumble and OkCupid – when was the last time you met someone the traditional way?

Dating apps make it easier to connect with someone online rather than to speak to them in person. The obvious thing to say is that this doesn’t have to be negative. People can meet flames online or in person; as long as it works, there aren’t side-effects. Unfortunately, this isn’t the case as humans get something from speaking face-to-face that is impossible to recreate.

When you can show off your confidence, listen effectively, and say things which can’t be taken out of context, there’s a high chance of success. Remote dating leads to relationship fails and results in loneliness. People who feel alone sink into depression and their quality of life (mentally) takes a massive hit. 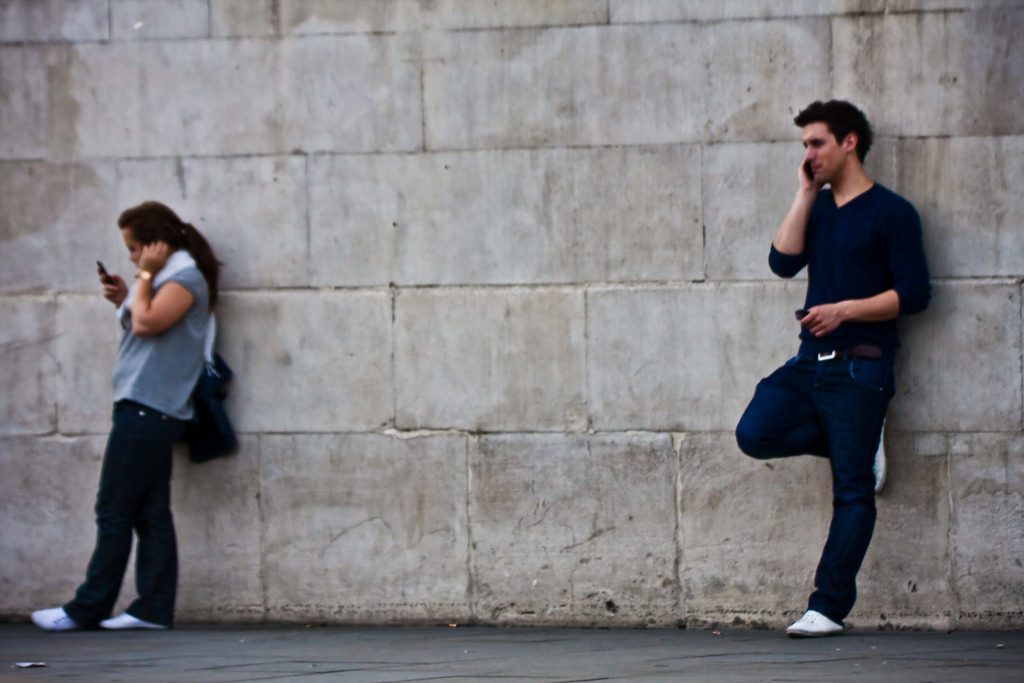 Thankfully, everyone has a core group of friends and family they can count on in desperate times. If you start to feel a little down, there is someone there to offer support and guidance. At least 98% of Americans have one true best friend with the average number of friends hitting nine. That’s a lot of men and women to share with and vent your emotions.

However, it’s on the decline. In the 80s and 90s, the figure was as high as ten and the number of people who felt they could talk openly with their friends was 2.94. By 2004, this had dropped to 2.08 and the figure is set to go lower thanks to technology. There aren’t enough hours in a day to multitask and technology seems to take priority as a result. For anyone wondering why this is an issue, consider how humans recover. Whether it’s a residential detox program or a good cry, there is always somebody there to pick up the pieces.

As friends drop by the wayside, you might not get the same level of emotional satisfaction as before. Aside from loneliness, there’s a chance you might turn to dangerous substitutes such as drugs to fill the void. And, without a support group, it’s hard to kick the habit.

Multitasking is often held up as a skill. The ability to do two things at once suggests you’re an efficient and effective person. After all, you get through more tasks on the to-do and don’t need as much time. The thing is, multitasking is terrible for the brain and the body as it causes both to lose focus. When this happens, some side-effects impact your health on a whole new scale.

Let’s look at the physical effects first. You go to the gym after tearing yourself away from the TV and jump on a treadmill. During the workout, you can’t help looking at the phone and checking your messages or the latest news updates. As a result, you don’t burn as many calories as you need to in order to stop gaining weight. Looking at your cell and playing on an app is more fun, so you do that instead.

From a mental aspect, multitasking causes you to suffer from the pressure of completing lots of tasks. With tons of deadlines to hit, you’re always thinking about the next target and the consequences of missing it. Often, this leads the body to produce cortisol and boost your stress levels through the roof. Stress is a silent killer and leads to lots of problems from heart disease to insomnia and the signs of aging. The last one isn’t only a cosmetic issue. People who look older on the outside will have aged on the inside too and their life expectancy will drop.

How To Negate The Effects

Thankfully, you’re not a lost cause because you like to use your iPad on a regular basis. Although it isn’t great for your health, it is reversible if you make a few changes to your lifestyle. That way, you can use technology responsibly while putting your wellbeing first. So, what are the options?

–    Monitor your usage: The only way to tell if you have an issue is to monitor how often you use tech. Once you have a figure, a reduction in how long you use your devices should help. A complete ban is another method if you think you should go cold turkey.

–    Find Alternatives: One way to deal with an addiction or a compulsion is to find a replacement. The key is to stop doing things remotely and to go retro. From reading books to playing sports, you can do these things without the help of a Kindle of video games.

–    Turn It Off: Tech is addictive because it alerts you to notifications. With that in mind, turn off the phone or put it on silent. An excellent feature of most smartphones is the “do not disturb” option. 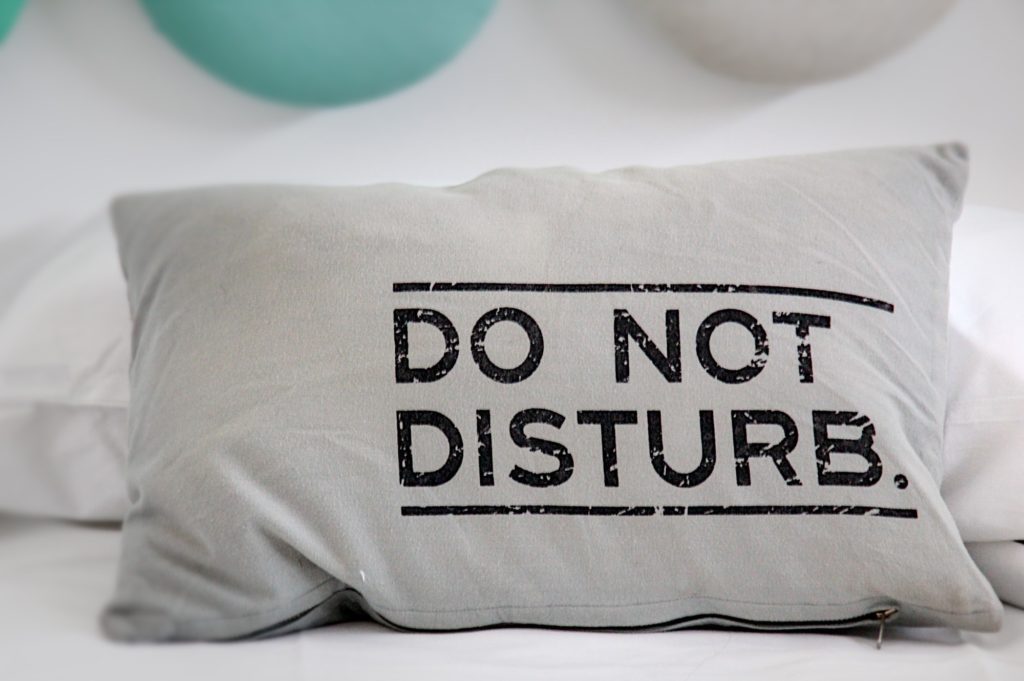 Remember that using technology is about finding a perfect balance.

Put A Stop To Anxiety: The Tips To Help You Do It
Next Post: Break Your Bad Habits and Replace Them With Good Ones