The holidays are right around the corner and it is the season of all things pumpkin! What is Thanksgiving without a gluten free pumpkin cheesecake?! Living gluten and dairy free can be a challenge but it doesn’t have to mean missing out on our favorites! We just have to rework the recipes to find replacements that are even better than the originals. I am so excited to share this recipe with you.

Thinking ahead I wanted to create a simple dessert that hopefully I could take to parties and no one would know the difference. I firmly believe in not telling people what I put into recipes until after they try it. Although, most people know that I will bring something healthy. To bypass this, I try to sneak it in with as few people seeing what I brought so that those who turn up their noses at healthy food won’t know the difference. Sneaky, sneaky. 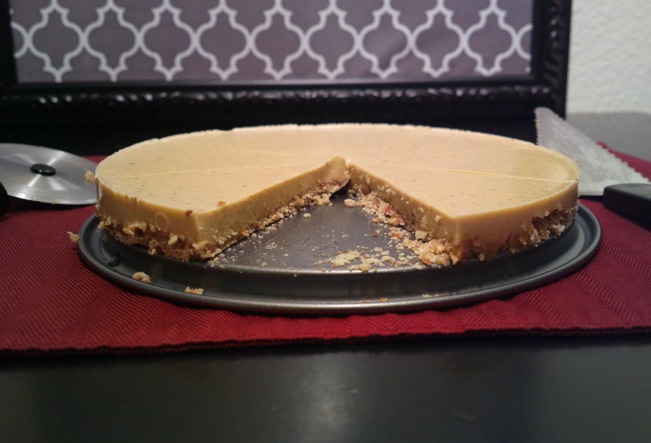 I believe I have a winner in this great gluten free, dairy free Pumpkin “Cheesecake.” It’s simple, healthy, free from refined sugar, and the best part, it is really delicious. I made sure the have friends who are not use to healthy foods try it before sharing with you. Unfortunately my tastes buds are fine tuned to the ingredients I love to use so I am not always the best judge of healthier versions of foods. I was so excited when one of them said “This tastes exactly like pumpkin cheesecake. My favorite dessert.” YAY!!!!!

Using a leak proof spring form pan (like this one

) I made the crust with just 3 ingredients: almond flour, dates and cinnamon. The “cheesecake” is coconut milk, pumpkin, maple syrup, grass-fed gelatin and spices. It can’t get any simpler than that! It’s a dessert that tantalizes the taste buds and leaves you feeling satisfied due to the healthy fats and fiber.

*If you can’t have nuts, make a rough nut flour in your food processor with raw sunflower seeds and pepitas. 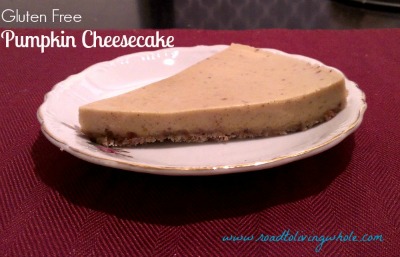