If you’re trying to eat in a healthy way, baked goods might not fit your idea of what you should be eating. However, baking doesn’t have to be unhealthy, and healthy bakes don’t have to be boring, tasteless, or bland. With these tweaks, you can make baking healthier and still enjoy baking while you’re on your healthy-eating journey.

Make Your Own Bread To Use Less Salt

Bread is the bakery product that most of us eat the most, while means that while it isn’t the saltiest food out there, it can make a big contribution to the amount of salt that is in your diet.

Over the last few years, many manufacturers have reduced the amount of salt that they add to bread, but the amounts can still vary widely. In fact, one in four loaves of bread stills contains more salt than a packet of crisps. This means that we all need to get into the habit of carefully checking food labels. Or, even better, you can make your own bread so you have complete control over the salt content.

A teaspoon or less of salt per 500g of flour will keep your bread within government targets for commercial loaves of bread, but obviously, the less you can get away with using, the better for you.

Making your own bread also gives you some flexibility in terms of the kind of flour that you use. Wholegrain flour is a healthier choice for bread than white. However, you don’t just have to use wheat flour. You could experiment with spelt, barley, or oat flours, either on their own or mixed together. Add in some seeds or herbs to give your finished loaf some more flavor and crunch.

If all the hard work and waiting around that comes with making a yeasted loaf sounds like a lot of effort to you, you can try a wholemeal soda bread instead, which is much quicker, but just as tasty. For soda bread, you use bicarbonate of soda as the raising agent instead of yeast, so it will need to be eaten fresh, but it’s very quick and easy to make. Soda bread is lovely served with soup or a boiled or poached egg.

Cakes or something like a roll cake recipe should be an ‘every now and then’ food, although of course, you can still enjoy them sometimes. However, with a few changes to the ingredients you use, baking for yourself can be a lot better than buying a cake.

Using an unsaturated spread instead of butter has a lot more benefits than just reducing the amount of saturated fat. Doing this gives a lighter texture, especially if you’re making an all-in-one sponge cake. Swap spreads for butter in most recipes, without having to make any other changes. Just make sure you choose a spread that is suitable for baking.

Oil is also a good alternative and makes cakes really moist. However, as it’s a liquid, it will alter the balance of the mix. Find recipes that are designed to use oil.

Add Healthier Ingredients To Your Baking

As with bread, using whole grain flour instead of white flour will help you to increase the fiber content and make your baking more filling. The flavor will be a little different, so you can use half whole grain and half white flour to get some of the benefits without as much of a flavor change.

Using fruit and vegetables also adds fiber and sweetness. You probably can’t use enough to get one of your five portions a day, but it is a nutritious way to keep your cakes moist. Sweet vegetables, like carrots, beetroots, or courgettes, or fruit like apples or berries mean that you don’t need to add as much sugar.

Use a drizzle of glacé (water) icing instead of butter icing for topping your cakes. A light sprinkle of icing sugar can work too to give your cake the finishing touch. Try things like cutting out stencils from greaseproof paper and sifting your icing sugar over it for a professional look.

Think about portion sizes. Mini versions of baked treats mean you get all the taste but without as much fat or calories per portion. Traybakes are also a good option for this as they can easily be cut into small squares to give you a smaller portion. 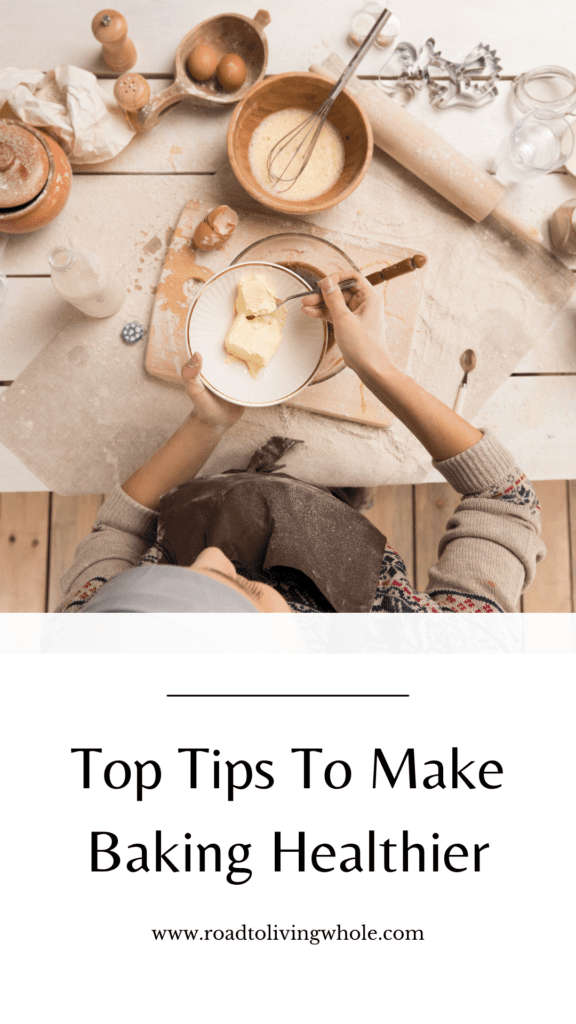 Elimination Diet: Do It Right
Next Post: 6 Tips To Help You Rebuild And Recover After Illness